A bustling lakeside city with a small-town feel, the town of Oakville offers over 2,400 acres of park space and natural trails for biking or hiking.

Its vibrant downtown is perfect for afternoon strolls or evening cocktails where residents can peruse the more than 400 fine shops, services, and restaurants along historical streets. Because this community is  a 30 minute drive to Toronto with easy access to major highways and GO transit, many commuters choose Oakville for their home.

The town is divided into several neigbourhoods in South and North Oakville, each unique in its offerings to residents. Understanding the distinctions among the areas will help potential buyers and renters simplify their search efforts. Listed below are brief descriptions of Oakville’s various neighbourhoods.

South Oakville, which comprises of the area south of QEW to Lake Ontario, is known for its breathtaking multimillion dollar estates, luxury condominiums, townhomes, and attractive detached homes. Central to the area is a charming downtown, often packed with pedestrians sipping coffee and shopping. Lots are often generously sized and surrounded by mature greenery. Park space and scenic trails are abundant.

Olde Oakville encompasses the downtown area, from Cornwall Road to Lake Ontario, and from Chartwell Road westward to Sixteen Mile Creek. Its beautiful streets are lined with mature trees and fine estates valued at $5 million and up. Generously sized lots are typical among its prestigious streets. Buyers can choose from a selection of homes that range from charming and historical to modern and state-of-the-art. Beautiful condominiums are located by the water. Residents enjoy strolling to the local downtown shops and cafes or the nearby Whole Foods Market. Commuters appreciate the close proximity to the Oakville GO Station.

Morrison is just east of Olde Oakville, from Cornwall Road to Lake Ontario, and from Chartwell Road eastward to Maple Grove Drive. Grand homes and luxury estates are the norm. This neighbourhood is well-known for its custom built homes, including a number of Lottery Dream Homes. Mature trees, trails, and parks give this neighbourhood a cottage-like feel. Residents live close to grocery stores, public transit, and several reputable schools, including Oakville Trafalgar High School. For those seeking to custom build a home, Morrison is an ideal place to look. Ford is located east of the Morrison neighbourhood and ends at the Mississauga border. The neigbourhood is made up of a wide range of fine homes, from cozy bungalows to lakefront estates. With many of the homes built in the 1960’s and 1970’s, the lots are typically bigger than those in more recently developed areas. Surrounded by mature trees, parks, and wooded trails, it’s a wonderful neighbourhood for families. Within its boundaries are grocery stores, hockey arenas, and an elementary school. Residents who commute appreciate the quick access to QEW, 403, and GO Stations. Queen Elizabeth stretches the entire length of Oakville from east to west, starting at Winston Churchill and reaching Burloak. This strip of land encompasses the areas just above the North Service Road and extending southward to Speers Road. One of the town’s newest areas for future residential development, stunning new condominium buildings are in the works. Residents will live within walking distance to Kerr Village shopping, the GO Station, and Oakville Place Mall. Clearview, a neighbourhood of traditional detached homes with a small inventory of link homes and town homes, was developed in the 1980’s. Located east of Ford Drive and extending to the Mississauga border, from QEW southward to Sheridan Garden Drive.  With two new schools, kid-friendly parks, and well-maintained soccer fields, it’s an ideal area to raise a family. Always known as a “commuter’s paradise” with quick and convenient access to major highways and a nearby GO Station. Central Oakville is the area just west of downtown Oakville, stretching to Dorval Road, from Speers Road to Lake Ontario. It encompasses up-and-coming Kerr Street Village where trendy shops, cafes, and restaurants are abundant. Dwellings offered in this pocket are diverse, including small, older detached homes, lakefront estates, and townhomes. There are a number of condominiums to choose from, some of which offer a stunning view of Lake Ontario. Central Oakville residents can walk to downtown Oakville, and have easy access to the lake where they can enjoy the harbour. Grocery stores, parks, the Oakville Performing Arts Centre, and the GO Station are all within walking distance. Southwest Oakville is wedged between Central Oakville and Bronte, just south of Rebecca Street, extending westward from Dorval Drive to Third Line. Nearby Coronation Park is a popular place for families and outdoor enthusiasts. Also located within its boundaries is the state-of-the-art YMCA facility and several schools, including the newly renovated St. Thomas Aquinas. The houses are on mature treed lots, many of which were built in the 1960’s and 1970’s. Renovated homes are side-by-side with historical homes, and several lakefront luxury estates line the shores of Lake Ontario. West Oakville is situated just south of QEW and north of Rebecca Street extending across Oakville from Dorval Drive to Bronte Road. Modest-sized homes are amid mature trees. Many amenities are within a short distance to residents, including grocery stores, YMCA, arenas, and the newly renovated Queen Elizabeth Park Community Centre. Bronte is located between the border of the city of Burlington and the neighbourhood of Southwest Oakville. Offering a wide range of dwellings, there are high rise condomiums, traditional detached homes, and its newest development, beautiful Lakeshore Woods. The Village of Bronte is often bustling with its residents shopping in boutiques or eating at the any one of the many restaurants. A charming harbour, parks, trails and a skateboard park are just some of the activities available for outdoor adventurers. North Oakville offers a wide variety of neighbourhoods, all located north of the QEW. These well-planned communities provide state-of-the-art community centres, playgrounds, splash pads, an abundance of sports fields, and “big box” shopping malls. The family-oriented neighbourhoods are typically made up of detached homes and condominiums surrounded by scenic trails.

Joshua Creek is nestled between the Mississauga border and Eighth Line, from Dundas Street southward to Glenashton Drive. The neighbourhood was developed through the 1990’s and early 2000’s, and offers a range of dwellings that includes fine townhomes, detached homes, and upscale luxury residences on premium lots. Arguably one of the most “premium” neighbourhoods in North Oakville.  Residents can enjoy easy access to a variety of community facilities, such as a state-of-the-art recreation facility, a driving range, parks, and a hockey arena. Also, nearby are shopping plazas and, for commuters, quick access to major highways and the GO station.

Wedgewood Creek is situated west and south of Joshua Creek. This neighbourhood is comprised of traditional single family homes and a selection of town homes that were built in the 1980’s. Often considered to be very good value as shares many of the amenities offered by neighbouring Joshua Creek but at a lower average home price.  Nearby, residents can enjoy shopping, trails, parks, and the Iroquois Ridge Community Centre and Public Library.

River Oaks is just west of Wedgewood Creek and reaches as far as Sixteen Mile Creek, from Dundas Street to Upper Middle Road. It is made up of charming newly built detached homes that mimic the colonial style carriage homes. Located nearby is an array of big box stores, grocery stores, and restaurants. Situated throughout the community are many outdoor family activities that includes parks, a splash pad, baseball diamonds, and a community centre. Just north of Dundas Street is one of Oakville’s most impressive recreation facilities, Sixteen Mile Sports Complex.

Falgarwood stretches from Trafalgar Road eastward to the Ford Motor Company employment lands, and is located between the QEW and Upper Middle Road. This neighbourhood is made up of moderately priced detached homes and townhomes. An older community built primarily during the 1970’s, it offers more mature lots than many of the newer subdivisions in North Oakville.

Westmount is located north of Glen Abbey and west of Westoak Trails. As one of the city’s newer subdivisions, lots are smaller than those offered in older neighbourhoods. However, the range in properties is vast – from semi-detached homes to townhomes to spacious detached residences. Residents enjoy easy access to shopping, splash pads, and a community centre.

Westoak Trails is located west of River Oaks offering a variety of properties including traditional detached houses, townhomes, and ravine lots. The western boundary of this neighbourhood is Third Line, from Dundas Street to Upper Middle Road.  The community was developed in the 1990’s and early 2000’s, and offers many trails and parks, as well as a modern soccer facility. Residents enjoy easy access to shopping. Soon, Oakville’s new hospital will make its home in this neighbourhood.

Glen Abbey is a well known community within Oakville, as it is among the oldest planned communities in the town. It stretches from Sixteen Mile Creek to the border of the City of Burlington, just north of QEW and south of Upper Middle Road. The neighbourhood is comprised of homes built in the 1980’s and 1990’s. Many of these properties have been renovated and now boast upscale finishes. Central to the neighbourhood is the world-renowned golf course, Glen Abbey Golf Club, which is surrounded by upscale residences. A family-friendly community, there are many recreational facilities within walking distance, including a state-of-the-art community centre and library, a gymnastics facility, a hockey arena, and a plethora of parks and trails. College Park offers a wide range of moderately priced homes and apartments, all located near Sheridan College, which is well-known for its reputable digital arts programs and post-degree diplomas. Overlooking picturesque Sixteen Mile Creek are many upscale homes, as well. Nearby is the GO Station, Oakville Place Mall, and a variety of restaurants. For the golfing enthusiast, Oakville Golf Club is also situated in the College Park neighbourhood. This neighbourhood extends west of Trafalgar Road, from Upper Middle Road to the QEW.
Bronte Creek is located between Upper Middle Road and Dundas Street, and borders the City of Burlington. It is one Oakville’s newest planned communities and is prized for its proximity to the beautiful Bronte Creek Provincial Park. The neighbourhood is made up of a variety of detached homes and townhomes that range from modestly priced properties to luxury homes. 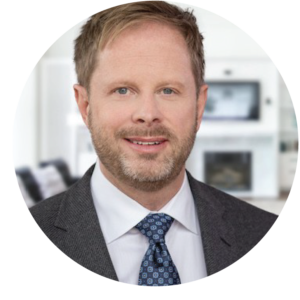 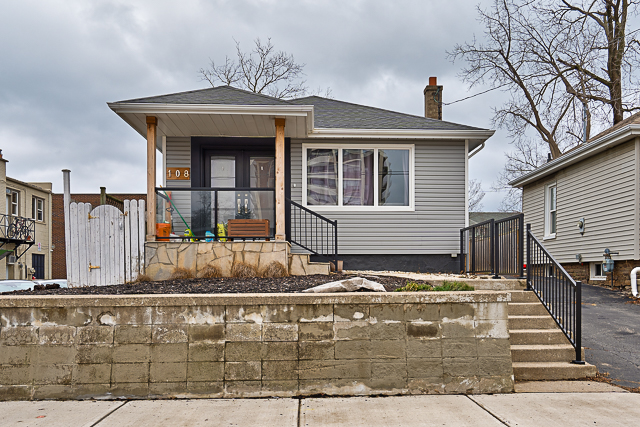 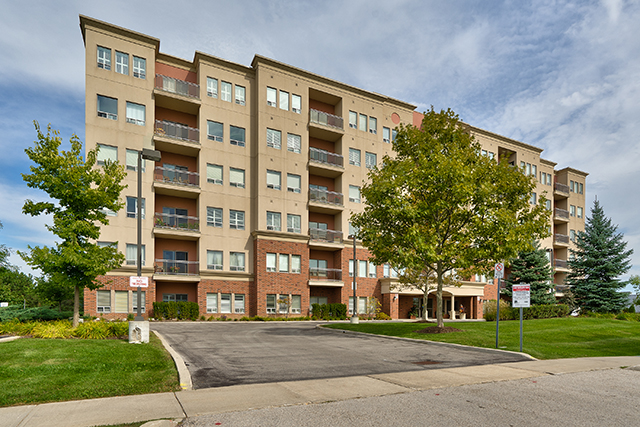 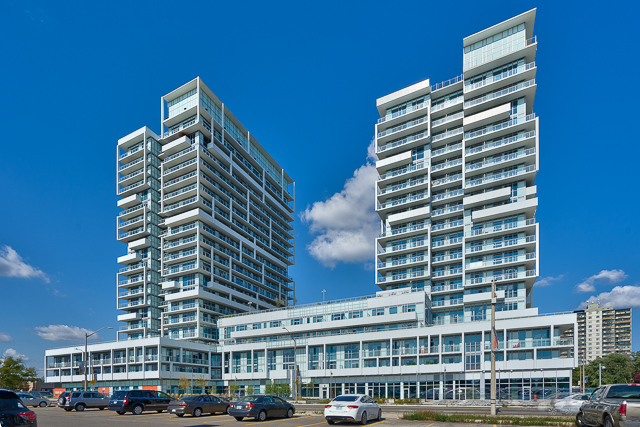 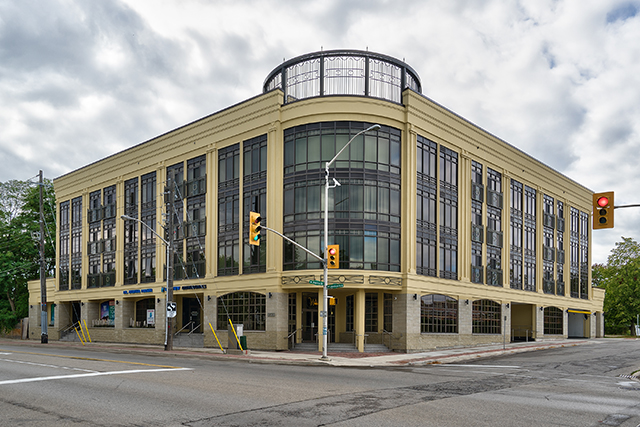 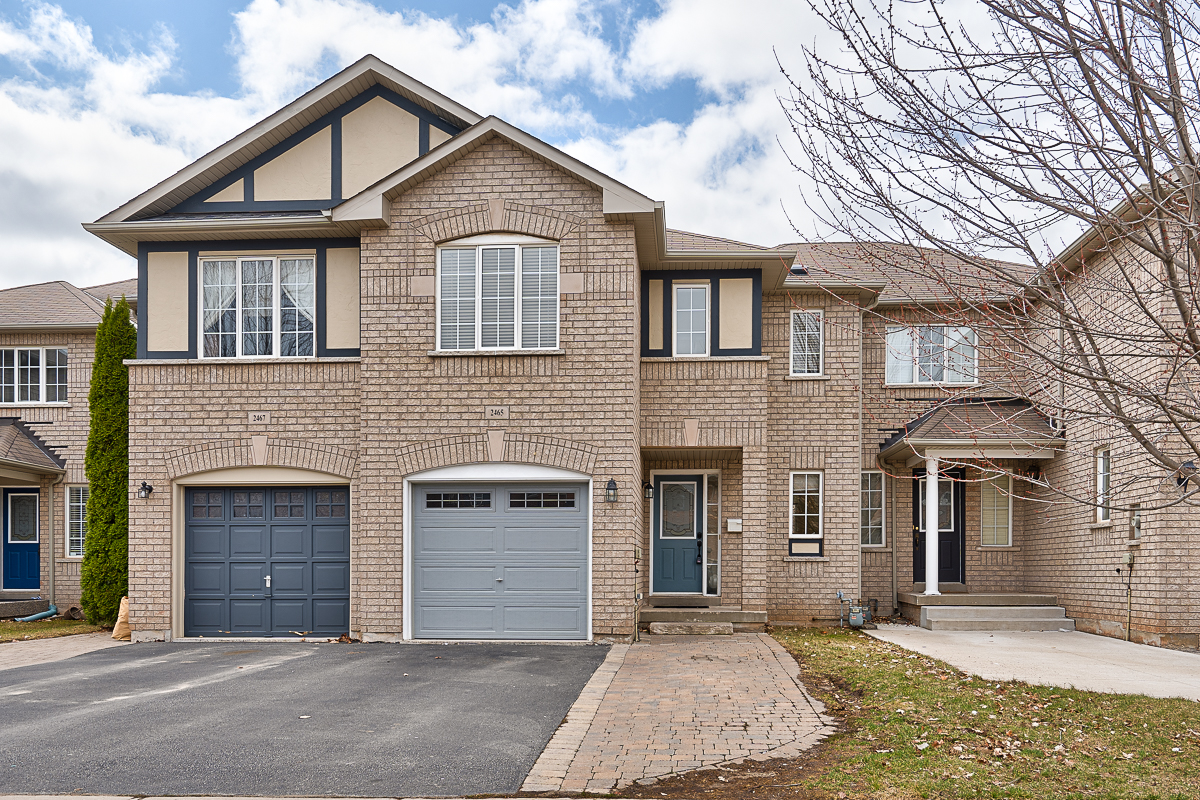 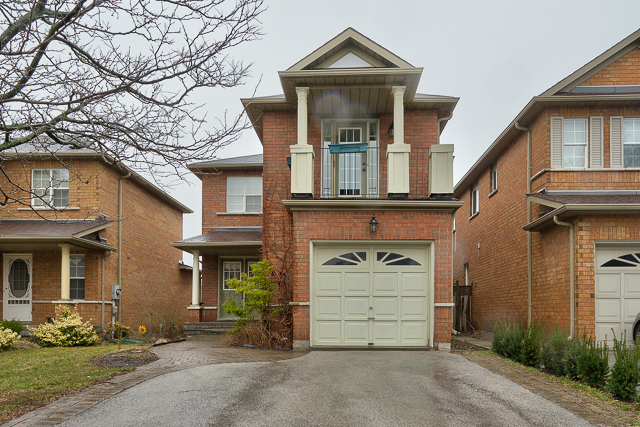 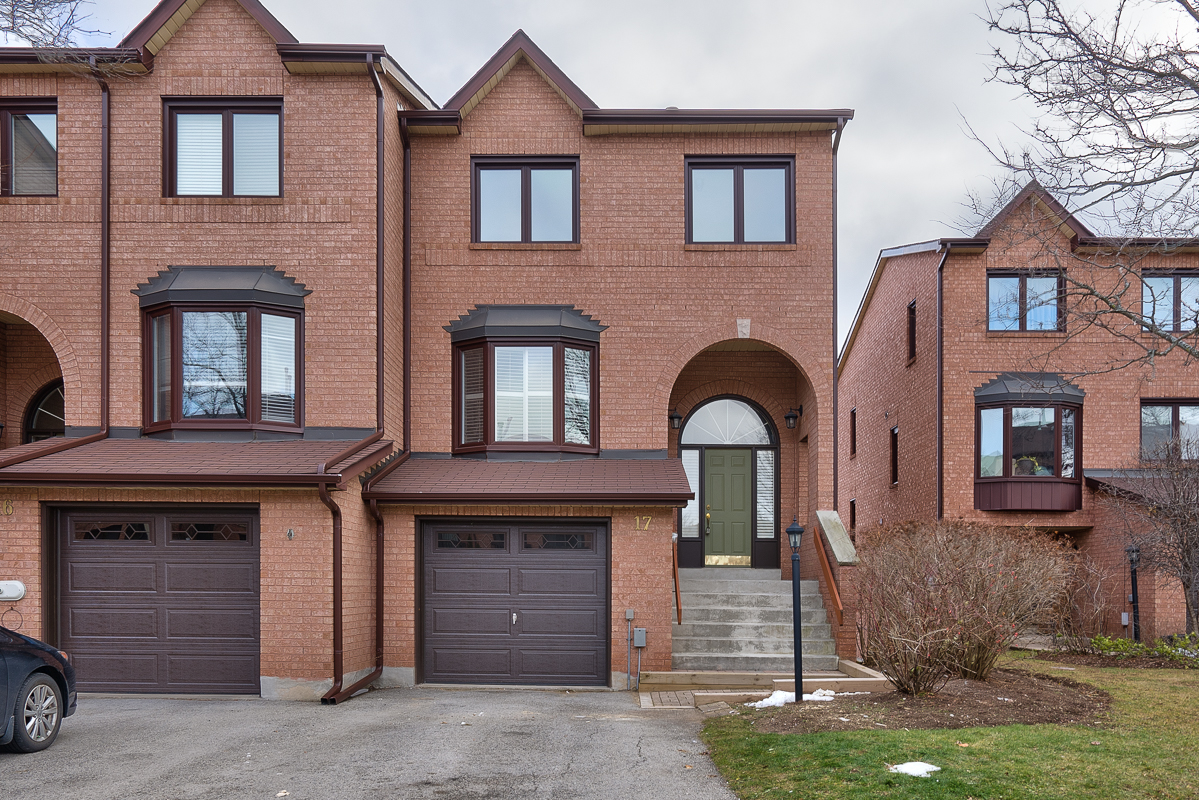 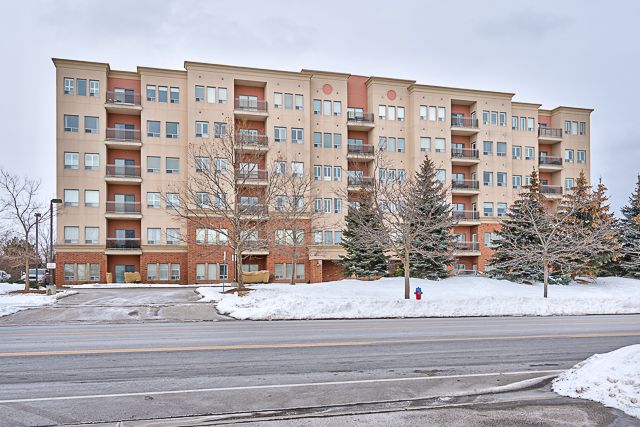 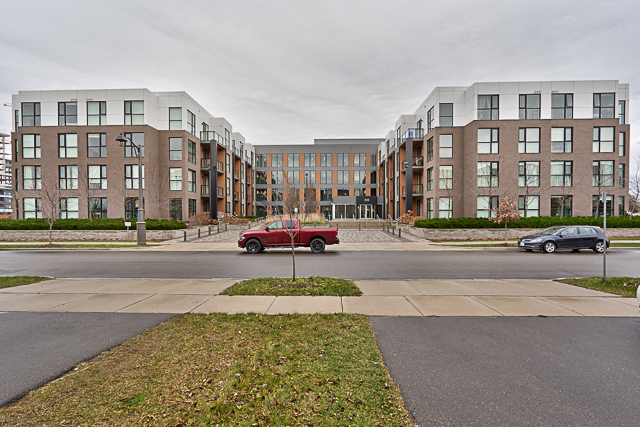 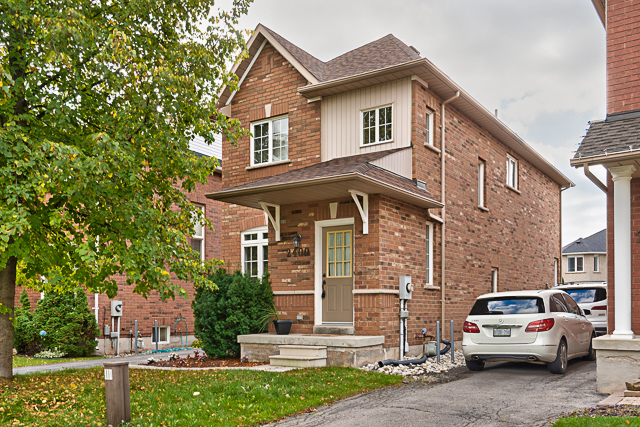 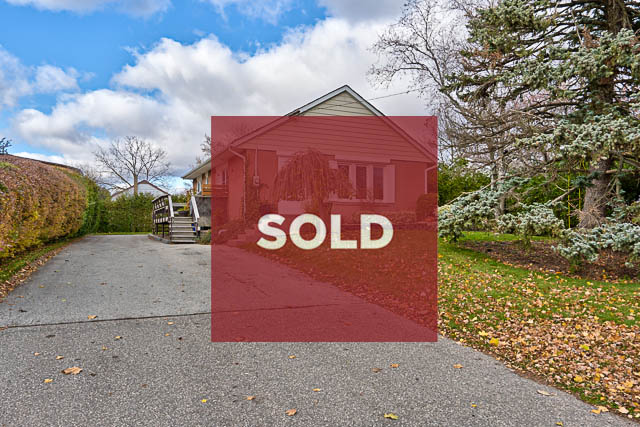 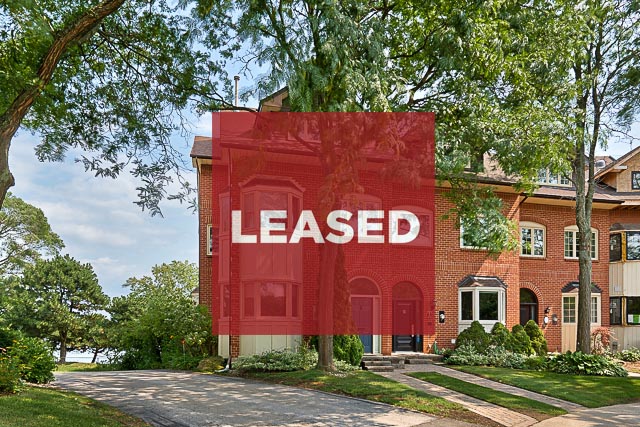 We have known Chris for 12 years. In that time we have had him lease our properties for us on numerous occasions. We value his knowledge of the market and the care he invests in securing new qualified tenants. We … END_OF_DOCUMENT_TOKEN_TO_BE_REPLACED

Chris just sold our second house for us! On both occasions his service was excellent. We felt that our property was given excellent market exposure and promotion, and Chris kept us well informed throughout the showing process. His negotiating skills … END_OF_DOCUMENT_TOKEN_TO_BE_REPLACED

Chris was referred to me by my brother as a Realtor® with a lot of experience selling residential investment property. His insight and advice on the type of investment property to purchase and knowledge of current market rents, as well … END_OF_DOCUMENT_TOKEN_TO_BE_REPLACED

Chris seems so “plugged in” to the demand/supply of investment properties in Oakville. I purchased a great property with an excellent tenant and a lease already in place. Talk about making it look easy! Thanks again, Chris. We’ll do it … END_OF_DOCUMENT_TOKEN_TO_BE_REPLACED

Chris made the process of selling my home flow seamlessly and without headaches. Constant communication from start to finish and excellent knowledge of my neighbourhood, as well as knowing the top price for my home, were keys to such a … END_OF_DOCUMENT_TOKEN_TO_BE_REPLACED